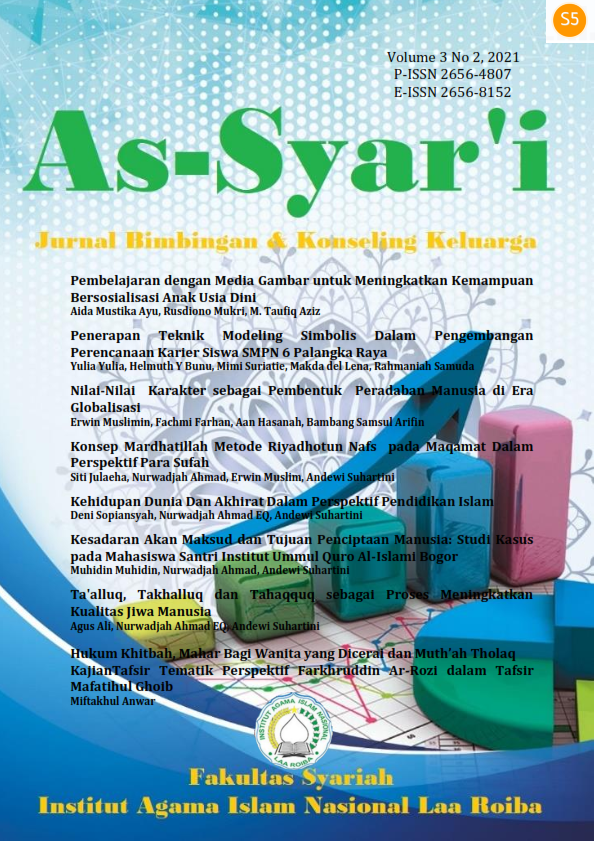 The purpose of this research is to find out to find out the purpose and purpose of human creation. The approach chosen by the author is phenomenology. Determination of data sources in this study according to the information obtained in the form of words and documents that are presented and described as they are and examined in order to find meaning. The researcher acts directly as an instrument and as a data collector from the results of observations, interviews and documentation. The result of this study is that the students of the Instiutut Ummul Quro Al-Islami realized the purpose of human creation, namely humans were created by Allah swt to this earth as no other than as caliphs (maintainers) and as servants. Humans are given the task by Allah as caliph, namely to prosper the earth and everything in it, while humans as servants are that humans are given the task to serve Allah swt by bringing the vision and mission from Allah to get His pleasure and can be applied through the educational process.