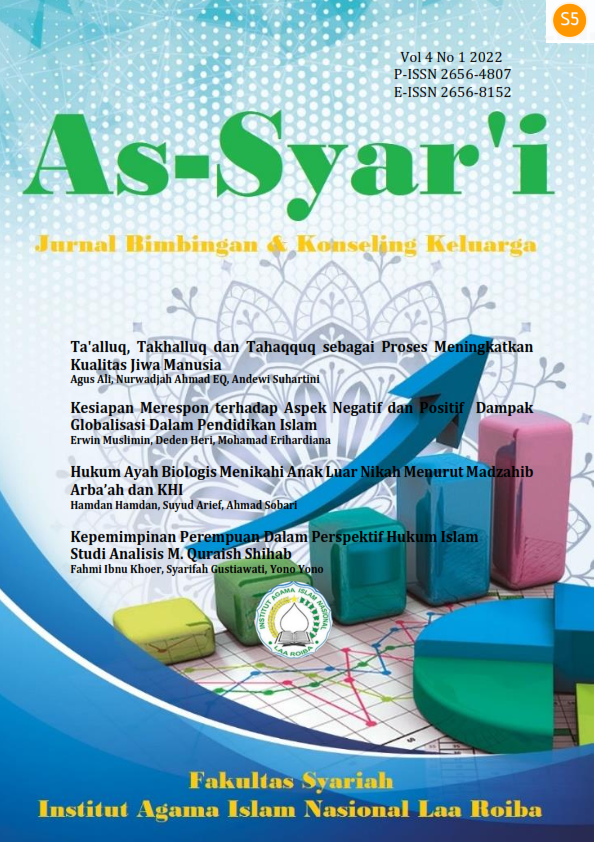 This study examines women's leadership in the perspective of Islamic law by analyzing the views of M. Quraish Shihab. In more detail, it discusses the permissibility of women to lead in the view of Islam. This study aims to analyze how Quraish Shihab views women and women's leadership. This study uses a qualitative descriptive method, which describes the views of Quraish Shihab in the perspective of Islamic law. The results of this study are, Quraish Shihab has his own view about women. According to him, women have the same rights as men, including in terms of leadership, but in the perspective of classical scholars it is forbidden for women to be leaders in any case, while according to Quraish Shihab, who refers to the thoughts of moderate scholars, has a view of the permissibility of women's leadership in the public sphere on condition that does not leave her main obligation to serve her husband and to care for and educate her children. This difference of opinion occurs because the situation and conditions of the times are different, so that it affects the interpretation of the scholars in the context of the Qur'an. While Islamic law is universal, it can apply at any time according to the current conditions and culture, through the thoughts of scholars who are experts in Islamic law.